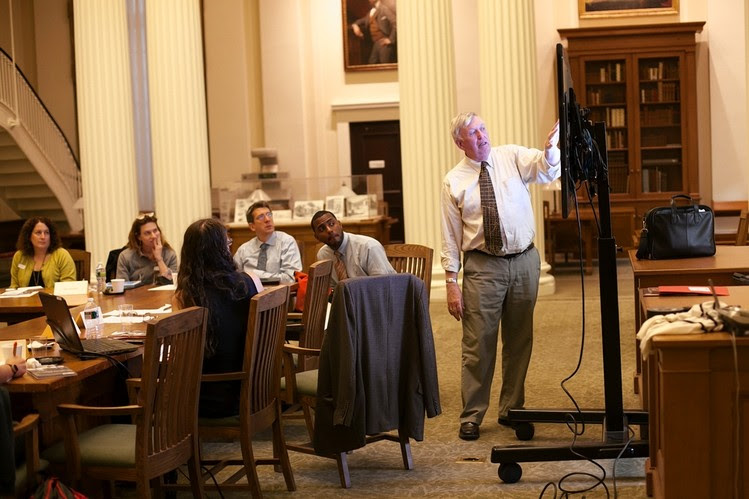 Kenneth Jackson discusses the effects of World War II on New York City before a tour of the exhibit ‘WWII & NYC’ at the New-York Historical Society. ANDREW HINDERAKER FOR THE WALL STREET JOURNAL

“Mr. Cook,” as he was known, not only taught 11th-grade history at the Browning School, he was also the headmaster for the eternity that was my kindergarten through 12th-grade education at the East 62nd Street institution. So I knew him foremost as the head of school. And, as I believe many a student from that era will attest, he was a figure who prompted substantial terror. Indeed, it was said, not entirely in jest, that the carpet in his office owed its bright red color to the blood of misbehaving boys. Few things in life, then or since, have triggered the fear of committing an infraction that would land you on the bench in front of his office to await his judgment. Detention was infinitely preferable.

My opinion of him demanded revision when I had him for American history. For some reason, in all my previous years at the school, it had never leaked out that he was also one of Browning’s best teachers. I know it’s a cliché, but he made his subject come alive. I remember one class in particular where, tears in his eyes, he claimed that John D. Rockefeller had dynamited competitors’ oil wells. Some of them apparently belonged to Mr. Cook’s family.

But he glowed even when it came to eras in which he didn’t have a vested interest. He had a particular passion for the Civil War. In common with other great educators, he never talked down to his students; he never taught by rote; his talent seemed merely a felicitous byproduct of his passion for his subject.

It was obvious that Mr. Jackson, a former president of the New-York Historical Society, also has the gift. As he discussed the causes of World War I, the teachers, most of them from high schools and a few from middle schools, were assembled around him, seminar-style, in the Society’s soaring library. They included representatives from the Bronx Academy of Letters; the Beacon School; J.H.S. 157 Stephen A. Halsey; Midwood High School; the High School for Environmental Studies; Stuyvesant High School; I.S. 190; and the High School of American Studies at Lehman College.

All of them were freshly minted Fellows at the Academy for Teachers, a new initiative that recognizes great teachers in the New York City public school system, treating them as intellectuals and bringing them together in dialogue with leading scholars. The Academy, a nonprofit started by Sam Swope, the dean of the New York Public Library’s Cullman Center Institute for Teachers, kicked off only last spring. 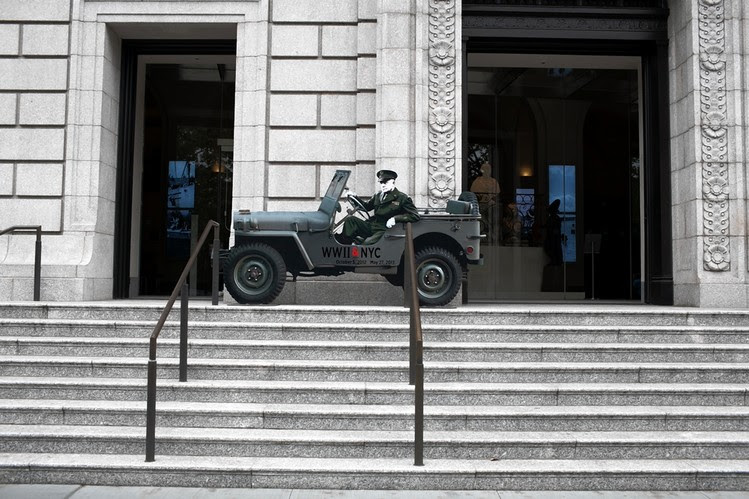 A display outside the Society promotes the exhibit. ANDREW HINDERAKER FOR THE WALL STREET JOURNAL

Monday morning’s lecture by Mr. Jackson in the NYHS’s library started a day that would include a catered lunch and an afternoon discussion among the teachers themselves. Previous “Master Classes” have included a discussion of Frederick Douglass and slave narratives with Yale historian David Blight; an upcoming seminar features the Public Theater’s artistic director, Oskar Eustis, discussing “Angels in America” with high school drama teachers.

“I’ve heard so many teachers say, ‘I can’t take it anymore,’ ” said Mr. Swope, who got to know some of their trials when he taught creative writing at a Queens school and wrote “I Am a Pencil,” a book about the experience. “Teaching has become so difficult—with the pressure of class sizes, the pressure of tests. They’re leaving the profession.

“This is a small effort to keep teachers in the classroom,” he went on. “And a lot of these people are really impressive and working in difficult situations, with troubled populations. They need to be celebrated and supported. Good teachers are really incredible professionals.”

Here’s how good a teacher Mr. Jackson is: As I mentioned, he started the morning lecturing on World War I. The only problem was that the scheduled topic was the role of New York City during World War II, and time was limited. He eventually got there with some gentle encouragement from Mr. Swope. The talk coincided with the Historical Society’s current exhibition, “WWII & NYC,” and included a brief tour of the show.

As he discussed things as seemingly tangential to New York as the spectacular loss of life during WWI—in one battle, he said, more soldiers were killed than all the names combined on the Vietnam Veterans Memorial in Washington, D.C., “And those are just the missing”—and Hitler’s transformation during that war from small-time loser to minor war hero and the role it had in his thinking about taking on the Allies 20 years later—”It didn’t scare him: ‘You’ve got to have guts. They don’t have guts. We do,’ ” he imagined Hitler as having said—it dawned on me that it didn’t much matter what aspect of American or world history Mr. Jackson was discussing.

“You have to know some facts,” he explained at one point. “But the most interesting things are uncertain.” 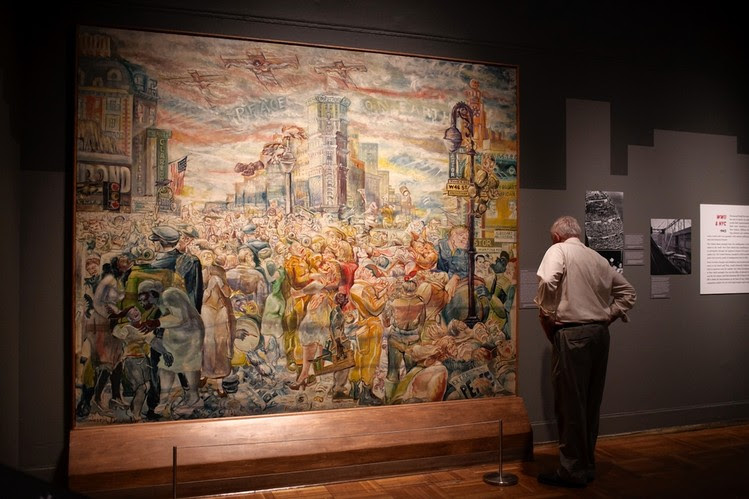 The message seemed to be that once you become consummately knowledgeable and comfortable with your subject matter, you won’t be intimidated by that uncertainty. Rather, you’ll embrace it because history isn’t static, frozen in time; it’s very much like the present, with the myriad forces that are of influence. Indeed, it is the present that just happens to have taken place in the past.

You could tell from the questions the teachers asked and the sources they confidently cited that history is their passion, too. They weren’t there so much to acquire new facts and figures as to find ways to return to their classrooms reenergized.

“In the morning they’re students again,” explained Mr. Swope, who hovered on the periphery of the discussion. “We don’t teach them how to teach; they already know that. In the afternoon they discuss among themselves strategies and problems they have teaching. It’s hard to say which part of the day the teachers love more. They very rarely get the chance to sit around with other educators and talk shop.”

At a previous seminar, a discussion of “Hamlet” at the New York Public Library with Shakespeare scholar James Shapiro, Mr. Swope said a teacher approached him during a break. “She said, ‘I’ve never been treated with this much respect,’ and she burst into tears,” he reported.

And between the morning and afternoon sessions, there’s lunch—sandwiches and salads provided by the company that runs Caffè Storico, the excellent Italian restaurant in the lobby of the recently renovated Historical Society. “Teachers usually get bad food,” Mr. Swope explained. “We give them good food.”